Today, I’m gonna share about my experience in building cross platform apps using Xamarin. Over a year and half ago, I embarked on a clueless journey to explore and develop some app for a company using Xamarin technology. Our strategy is simple, we build iOS and Android app using whatever experience we had on cross platform be it, Titanium or Phonegap on a Mac OS Platform. In Xamarin, you can develop Apps in 4 common ways :- 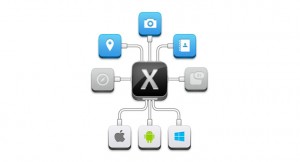 I’ve prepared a list of pros and cons of Xamarin below for references.

If you asked me is it worth paying so much for an enterprise licensing for Xamarin for an indie company of 2-5 developers? My answer is no – unless you want to make full use of Xamarin own cloud based testing and insights system and support. Getting individual or indie license for each platform is good enough (up to date pricing was USD 25 per platform). Single developer per platform licensing is allowed in 4 machines assuming you have some in network or in Virtual machines.

Support my accessibility for all channel on Youtube here.